From Your Brain To Your Ovaries (And Everywhere In Between): What You Need To Know About Polycystic Ovarian Syndrome

Sometimes you might feel surrounded by more and more people you know contracting diseases and conditions you've never heard of -- and you might start to wonder if more people than ever before are getting sick. However, a simpler explanation for this is that medical technology and diagnostics are improving every year, leading to more people being diagnosed and getting help with their condition. So it is with polycystic ovarian syndrome, which affects around 1 in 40 women in America but is officially less than 100 years old. If you've been diagnosed with PCOS and are wondering what it is and why you haven't heard of it before, then here's what you need to know.

It's older than you think

Even though it wasn't formally described until 1935 by Irving Stein and Michael Leventhal, PCOS has been around since at least the early-to-mid 18th century, where a case was reported from Italy. As it's now recognized as one of the most common endocrine disorders in women, it's very likely that PCOS has occurred since women have been on the earth, but that it was often chalked up to a different disease, or -- worse -- not thought to be a disease at all. Why?

It's harder to diagnose than you think

PCOS has a wild and varied range of symptoms, from outward things like hirsutism and weight gain/inability to lose weight (which often go hand in hand), to harder-to-spot things such as tiny follicles within the ovaries which give PCOS its name or a complete lack of ovulation, which can be nigh-impossible to discover unless you're attempting to get pregnant. Other symptoms might include depression, acne growth, insulin resistance, metabolic syndrome, sleep apnea, and hypertension.

The problem with diagnosing PCOS is that you're not required to have all these symptoms to have PCOS, and that these symptoms have a lot in common with other diseases, such as an under active thyroid, hyperprolactinemia, or Cushing's. In fact, in order for a diagnosis of PCOS to occur, the only requirement is 2 of the 3 main symptoms: an excess of androgen (male sex hormones), any sort of ovulation dysfunction, and the titular polycystic ovaries. Why those three?

It affects more than you think

PCOS isn't just in your ovaries -- in fact, women who have had a hysterectomy can still be diagnosed with it. The problem with PCOS -- and the reason it isn't cured, only managed -- is that it can affect everything in your body, from the rate of your metabolism and how you metabolize food to even the chemicals in your brain that manage depression and anxiety. Your hormones are extremely powerful, and as PCOS is an endocrine (hormonal) disorder, pretty much ever facet of your life is affected, whether you noticed before treatment or not.

For more information, contact Naples OBGYN or a similar location. 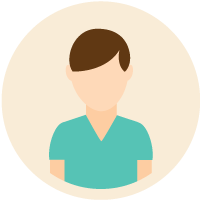